Warning: "continue" targeting switch is equivalent to "break". Did you mean to use "continue 2"? in /nfs/c02/h04/mnt/23813/domains/haydenlaw.com/html/wp-content/plugins/wp-e-commerce/wpsc-includes/wpsc-meta-visitor.php on line 573

Warning: "continue" targeting switch is equivalent to "break". Did you mean to use "continue 2"? in /nfs/c02/h04/mnt/23813/domains/haydenlaw.com/html/wp-content/plugins/wp-e-commerce/wpsc-includes/wpsc-meta-visitor.php on line 657

Warning: "continue" targeting switch is equivalent to "break". Did you mean to use "continue 2"? in /nfs/c02/h04/mnt/23813/domains/haydenlaw.com/html/wp-content/plugins/wp-e-commerce/wpsc-core/wpsc-deprecated.php on line 1545

Warning: "continue" targeting switch is equivalent to "break". Did you mean to use "continue 2"? in /nfs/c02/h04/mnt/23813/domains/haydenlaw.com/html/wp-content/plugins/wp-e-commerce/wpsc-components/merchant-core-v2/helpers/gateways.php on line 304

Warning: count(): Parameter must be an array or an object that implements Countable in /nfs/c02/h04/mnt/23813/domains/haydenlaw.com/html/wp-content/plugins/wp-e-commerce/wpsc-includes/cart.class.php on line 434

Posted on August 12, 2016 in Immigration Pitfalls To Avoid by admin.  No Comments

Beware of a Scam Where Immigration Calls You

Posted on July 20, 2012 in Immigration Pitfalls To Avoid by Attorney Frances Hayden.  No Comments

There is new scam potentially victimizing foreign nationals. According to one report, the individual will receive a call purporting to be from a USCIS officer, who will have certain correct information on you, including the your name and address. The caller will state that there is some discrepancy in USCIS records, and ask for confirmation of data, such as an I-94 number, an “A” number, or a visa control number. The caller will then tell you that there is a penalty for not clearing up the discrepancy, and that you are to send a sum of money via Western Union, to an address the caller provides. Be on alert that if you receive such calls, report them to appropriate law enforcement authorities, which may include the FBI, and to the Federal Trade Commission’s Bureau of Consumer Protection, whose Consumer Sentinel database is accessed by criminal and civil law enforcement authorities worldwide.

Posted on June 19, 2012 in Immigration Pitfalls To Avoid by Attorney Frances Hayden.  No Comments

The Administration is not yet accepting applications for the new deferred action program for young people without valid immigration status. Within sixty days – by the middle of August – we expect to receive guidance and information about how eligible individuals can request deferred action and work authorization.

If you are not in removal (deportation) proceedings, DO NOT apply for deferred action at this time. This new law may open the door for fraud and deception by so-called “Notarios.” Notarios have no legal background and cannot act as a qualified attorney. Anyone claiming they can submit an application or charging a fee for applying for deferred action should NOT be trusted until the application procedure has been announced by the federal government. An immigrant’s case can be delayed by notarios acting in bad faith, resulting in penalties and even deportation.

The deferred action offer will be available to those in deportation proceedings,  and those with final removal orders, as well as to those who apply who are not yet known to immigration. The latter is often referred to as filing “affirmatively”. Stay tuned for more updates.

To qualify, an individual must:

For more information, visit www.uscis.gov and www.aila.org/dream. You can also visit www.ailalawyer.com to locate a qualified immigration attorney in your area or visit  http://www.aila.org/content/default.aspx?bc=1188|1220

Posted on January 4, 2012 in Immigration Pitfalls To Avoid by Attorney Frances Hayden.  2 Comments 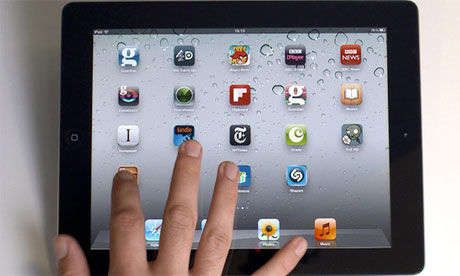 Posted on September 20, 2011 in Immigration Pitfalls To Avoid by Attorney Frances Hayden.  4 Comments
If you are inclined toward self help, when you go online to download and fill out immigration forms,  know the difference between official government websites and websites run by private businesses.

Government agencies use “.gov” in their Web addresses, while private businesses do not.

Posted on July 20, 2011 in Immigration Pitfalls To Avoid by Attorney Frances Hayden.  No Comments

Have you or someone you know recently received an e-mail claiming you’ve won the Green Card lottery and asking you to send or wire money? Don’t fall for it – the sender is trying to steal your money!
Learn more and spread the word: http://blog.uscis.gov/2011/03/e-mail-scam-avoid-green-card-lottery.html

Remember that Immigration Inspectors can look at your social media

Posted on July 8, 2011 in Immigration Pitfalls To Avoid by Attorney Frances Hayden.  No Comments

This story illustrates that when you make an entry to the US you should assume that Customs and Border Protection Agents can not only look in your bags, but the can check out your face book or my space accounts too. This is also the case when you make an application for a visa at a US Consulate or Embassy.